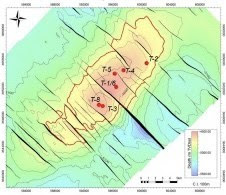 The Tamar field was discovered in 2009 and is located c. 90 km west of Haifa, offshore Israel, at an overall depth of c. 5,000 meters below sea level, and in waters that are 1,700 meters deep. Production began in 2013, where the natural gas in Tamar is extracted through five production wells. The gas flows through two c.140 km pipelines to the primary and main processing facility on the Tamar Platform where most of the gas processing takes place. The natural gas is then transmitted from the platform through a pipeline to the onshore terminal in Ashdod, and into the Israeli market through the INGL national gas pipeline with a proportion being exported on to Jordan and Egypt. 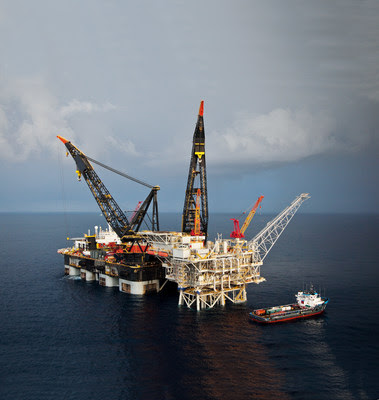 Delek is proud to have been involved with the discovery and development of the Tamar field which is playing a critical role in de-carbonising the region as gas-produced electricity rapidly replaces electricity derived from coal. Gas from the Tamar field was also the first gas to be exported from Israel when Jordan began receiving gas from the field in 2017, followed by Egypt in 2020, signifying Tamar’s importance as a unifying asset between neighbouring states.

Mubadala Petroleum is a leading international, upstream oil and gas exploration and production company with a primary geographic focus on the Middle East and North Africa, Russia and Southeast Asia, with assets in 10 countries. Mubadala Petroleum was established in 2012 and is a wholly-owned subsidiary of Mubadala Investment Company, which is owned by the Government of Abu Dhabi. When finalized, the transaction will complement Mubadala Petroleum’s gas-biased portfolio strategy in line with its energy transition goals.

Post-sale of Tamar, Delek Drilling will own a 45.3% stake in the giant Leviathan gas field offshore Israel which has 2P reserves of 22.8 tcf (649 bcm) of gas and 41m mmbbl of condensate, production capacity of 1.2 bcf/d and the multi-decade reserve life; and a 30% stake in the Aphrodite field offshore Cyprus with 2C resources of 3.5tcf.  The Company has a low risk growth strategy to grow reserves and production from its existing asset base. The Company will also expand its exploration portfolio in the Mediterranean region to grow resources and invest in energy transition technologies.

‏”This transaction marks a milestone in the alignment between Israel and the UAE following the Abraham Accords Peace Agreement signed between the two countries in 2020.

‏On completion, the deal will represent one of the largest transactions between an Israeli entity and an Arab entity, which shows how Israel’s Natural Gas resources can be a source of collaboration between nations. This is yet another pivotal brick to the wall of friendship and collaboration Delek Drilling has been building in the region.

Our focus right now in Delek Drilling is on the expansion of our mega Leviathan reservoir and on creating new markets in the region and beyond for our produced Natural Gas.”

For further information, please go to the Investor section of the Delek Drilling website: https://www.delekdrilling.com/investor-relations/immediate-reports

Delek Drilling is the leading Israeli energy partnership in the exploration, development, production and sale of natural gas and condensate.

Delek Drilling, together with Noble Energy, Inc., have led the natural gas revolution in Israel. Following decades of enormous and fruitless investment in financing gas and oil exploration by successive Israeli governments, a government decision was taken to let go of its involvement in oil and natural gas exploration and transfer this activity to the private sector, a move that led to significant discoveries off the coast of Israel.

Today Delek Drilling is partner in several major gas discoveries in the Eastern Mediterranean including, among others, Tamar (306 billion cubic meters – BCM), Leviathan – the largest deep water discovery in the world at that time (621 BCM), Aphrodite in Cyprus (129 BCM), and others.